Maskless Americans returning to a post-COVID world of germs 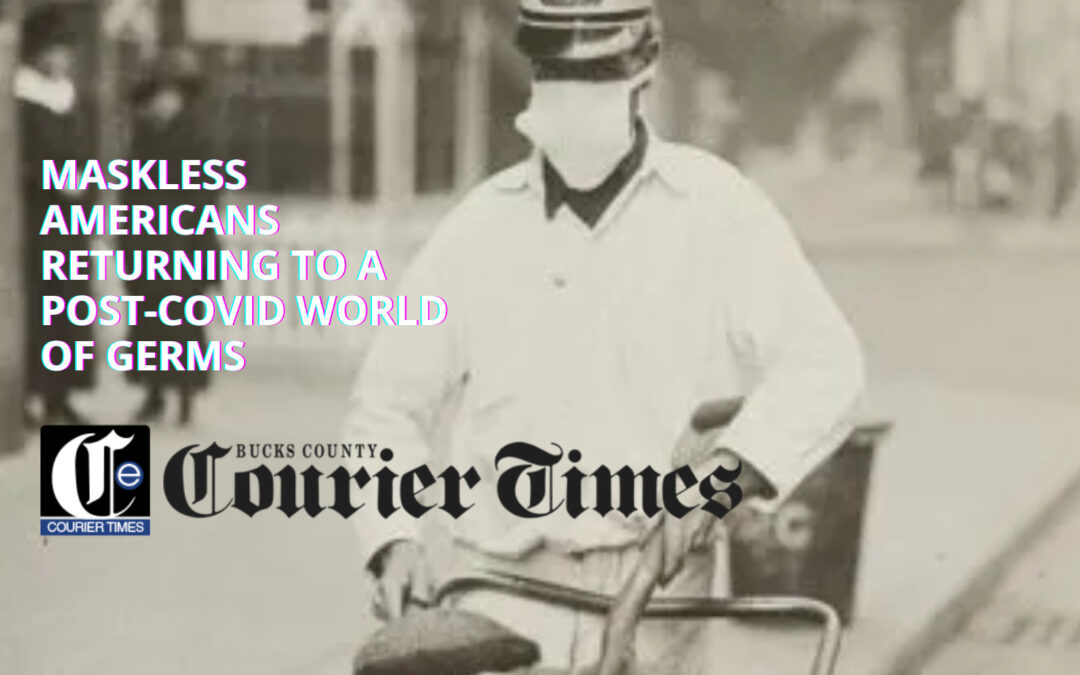 Maskless Americans returning to a post-COVID world of germs

Some call it the “summer sickness.” Others say it’s the worst allergy season ever.

Emerging from the pandemic, hundreds of millions of unmasked Americans now are returning to a world of germs, where they more commonly mix with strangers, and reach less often for the hand sanitizer.

One doctor likened Americans to a “Bubble Boy” who was shielded from germs and viruses for much of 2020, is now exposed to common bugs with understandable reactions.

“You were kind of trapped in the bubble, in a way,” said Dr. Ronak Bhimani, chief medical officer for Lower Bucks Hospital in Bristol Township. “You weren’t going out as much. You were wearing the mask, washing your hands, trying not to touch your face. Our immune systems were just so wrapped up.”

However, doctors and scientists strongly cautioned that they can only speculate on health conditions for the next several months. Never before have so many people emerged from the protection of medical masks and social distancing measures.

“There is nothing like this in history,” said Dr. Michael A. DellaVecchia, president of the Pennsylvania Medical Society. “If you go back and study the great Spanish influenza of 1917, it was different. Today, we have a greater level of travel. So, this is a learn-as-you-go scenario.”

Some Americans wore masks during the influenza pandemic that began in 1917 and reemerged in two additional waves. But there was no vaccine for the Spanish flu, and most of the victims were young people who were considered healthy prior to that pandemic.

Scientists now believe the Spanish influenza was caused by an H1N1 virus that continued on as a seasonal bug for the next 38 years.

In March 2020, as the coronavirus pandemic forced school closures and Americans masked up, cases of the flu dropped by nearly 20%, according to the CDC.

“The global decline in influenza virus circulation appears to be real and concurrent with the COVID-19 pandemic,” the agency said in a report on decreased virus activity.

Other seasonal respiratory illnesses also fell off during the pandemic. The drop was described in April 21 report in the journal Clinical Infectious Diseases.

Lab data and visits to emergency rooms showed that influenza and other viruses “circulated at levels far below seasonal norms,” researchers reported. “Widespread interventions intended to reduce COVID-19 likely contributed to the reduced spread of a broad array of respiratory pathogens.”

“Honestly, it wasn’t that much higher than normal years for tree pollen,” said Dvorin. “The pine pollen was also lower.”

At the same time, immune systems weren’t as “challenged” during the pandemic, Dvorin noted.

“There’s speculation about the pandemic and how we are all going to react when we are all off of the masks,” said Dvorin. “We’ve not been exposed to the normal circulating viral infections in the environment or to bacteria and now you’re going to be bombarded without having had that immune response that you would normally have during the year.”

At the same time, he cautioned that there is no scientific data to support such concerns. “It’s a theory at this point that we won’t be as strong,” Dvorin said. “But it has not been proven. We don’t have the science or the data to prove it.”

“We could certainly see a pickup in the other airborne pathogens,” added Bhimani. “I’ll be curious to see what happens.”